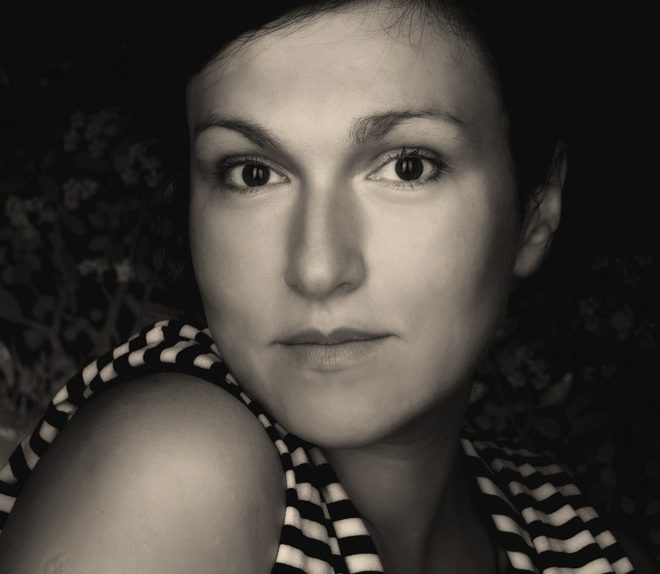 No theatre, no office, no money for props — yet absurdist St Petersburg troupe Akhe is the hottest ticket around, says John O’Mahony

At a recent theatre festival in the northern French town of Lille, the experimental Russian troupe Akhe (pronounced ak -ye) arrived at their appointed venue just as the previous company on the bill — a bunch of Americans called the Wooster Group — were packing away their own show, called House/Lights. A hi-tech multi- media reworking of Gertrude Stein’s Doctor Faustus Lights the Lights, it had enough hardware to fill three huge container trucks: gigantic monitors, banks of synthesisers, specialist lighting gear.

In the starkest possible contrast, not lost on the sniggering backstage crew or on Akhe themselves, the Russians had managed to fit everything needed for both their shows into three battered suitcases. «It was quite funny,» says Akhe member Yana Tumina. «They seemed to have enough equipment to build a spaceship, whereas ours was sitting in a pile in the corner. But when you have nothing, you really test your creativity. When all you have is an old bottle, a knife and a length of rope you found on a rubbish tip, theatre is pushed to the limit.»

Her statement was resoundingly proved true the following evening, when three lone, shambolic figures, with a minimum of props and lighting, filled the stage as completely and explosively as America’s finest. Hailing from St Petersburg, Akhe is one of alternative theatre’s best-kept secrets. Entirely untainted by the western media’s saturated cliches of the genre, the group instead taps into the deep vein of the Russian absurdist tradition, as pioneered by Gogol and Daniil Kharms.

Akhe’s two best-known pieces — White Cabin (which was seen in Lille) and Pookh i Prakh (which translates as Fluff and Feathers, but will be presented as part of the Aurora Nova season at Komedia St Stephens under the curious transliterated title of Pooh-Prah) — are in constant, unruly flux, sometimes changing completely from night to night. «Over the years, we must have fed 10 shows through the guts of these two,» says founder member Maxim Isaev. While there is no discernible narrative, the works are held together by images of power and violence — a man slashing at bags of water tied about his body, another magically washing away his clothes, another bleeding sawdust from a stab wound. These are offset by vivid, quirky vignettes, moments of wrenching, poignant humour, such as the tabletop storm scene of Pookh i Prakh, or the «dancing man» that closes White Cabin, a tiny, sporadically jiggling figure that held an audience of 2,000 spellbound in Lille for a five-minute eternity.

«From miniature, funny and profoundly tragic little episodes, a beautiful, multi-faceted work of art is created,» noted the Allgemeine Zeitung of performances of White Cabin at the Arena festival in Erlangen, where the show picked up the event’s top award. «Akhe is a thoroughly brilliant discovery,» concurred Die Zeit.

The group was formed in the late 1980s when Maxim Isaev and Pavel Semchenko, both of whom came from a visual art background, broke away from Boris Ponizovsky’s innovative Yes/No theatre group, creating a collective that specialised in eccentric «happenings», staged in city parks and apartment stairwells. The current line-up was born when this bearded, deadpan duo, who look like they might have walked straight out of the pages of Dostoyevsky’s The Devils, were joined by slight, striking actress Yana Tumina in 1996.

But after more than a decade in existence, the elusive company has no theatre base or even a proper administration. They get most of their bookings via the St Petersburg grapevine; the artistic director of the Lille festival searched for two years before finally tracking them down though a mutual friend. This same unstructured edge of Russian chaos also applies to their working methods: they rarely rehearse, and the creative process is characterised by blazing arguments.

But it is precisely this dynamic that gives the company its mercurial, frenetic edge. «For me, it is important that the stage be a place of collision, happening in real time,» says Semchenko. «We want to do extreme things with the body, to test both its beauty and its boundaries.» There is a tangible sense of danger in scenes such as the opening of White Cabin, where the 100kg Isaev hurls himself at Tumina, only to be restrained at the last moment by a rope tied about his waist.

«We want to be honest,» Semchenko continues. «If glass is breaking on stage it’s really breaking; if the fire is burning then it’s hot and painful. We don’t want to rely on tricks.»

Honesty is a prominent feature in Akhe’s work: White Cabin is «about repetition and poetry», Pookh i Prakh «about love». «Our work is hard and cynical and we do have trouble taking anything seriously,» says Tumina. «But it is a cynicism of the mind only. The heart stays pure. Otherwise we wouldn’t be making theatre.»

The group is not sure what to expect of its UK debut, its first visit to an English-speaking country. «There will be 13 performances with barely a day off and very little time to put up the set,» Tumina says. «But it will be an experiment, which is exactly what we thrive on.»