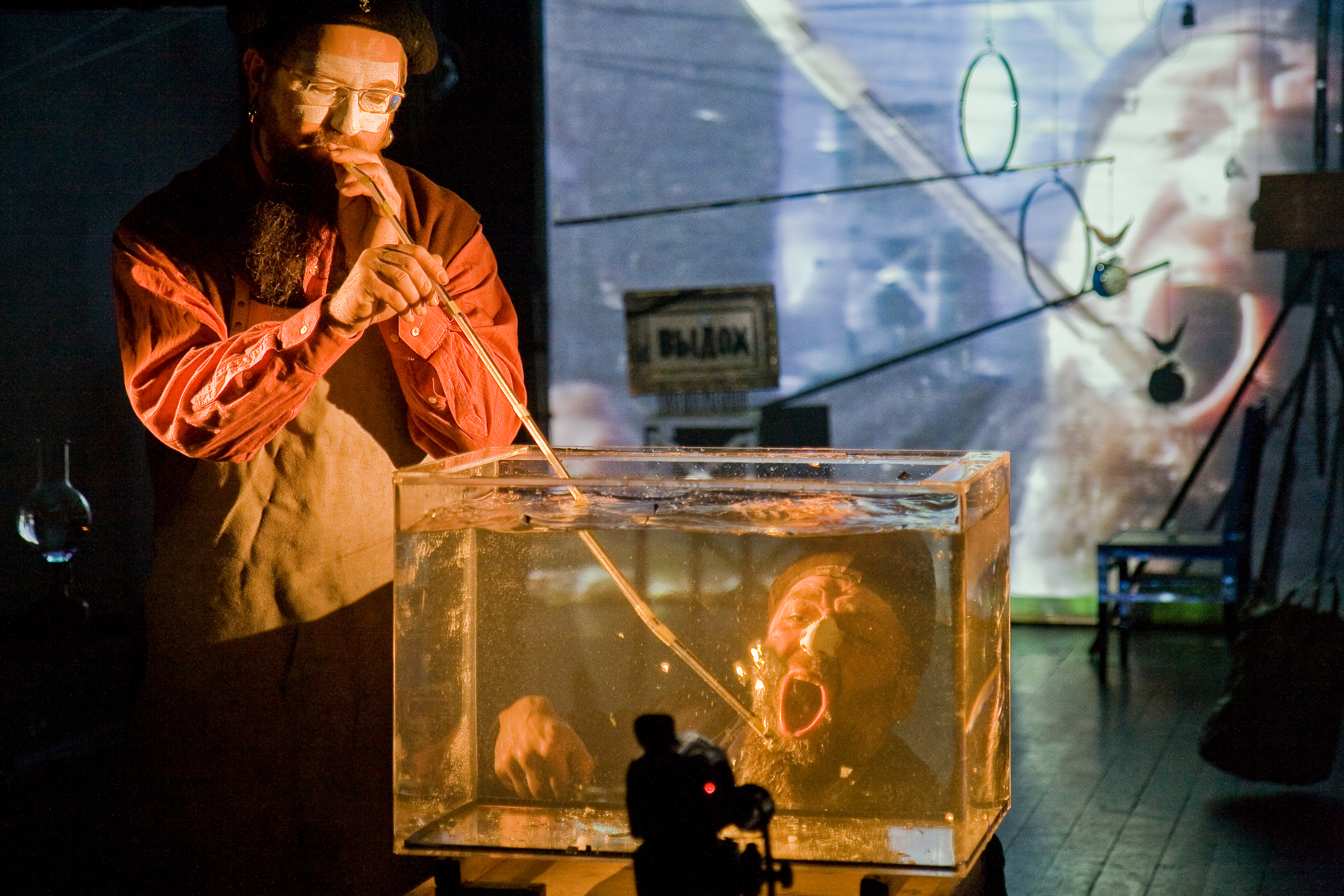 About a performance:
Pathetical play-laboratory “Gobo. Digital glossary” is the collection of installations and mini-performanses in one piece.

Organized into the clear structure they create in spectator this representation about Gobo (unexisting Hero, similar as Beckett’s Godo, but authors of the show didn’t mean obviouse connection) such we (audience) see him – naive and wounded. Pathetic and desperate. Sentimental and rash. For more clearly see Gobo we need to look at it through the tediously selected objects.

These objects are allowed for itself speak ironically apropos Gobo and they are the classical example of Nothing (no material things). So, arrow of illusory giant clock slowly scrolls around in the air proudly call itself like “Line of the Hero” and exploded heart – “Pain of the Hero”.
To actors, charmed by this impudence, nothing it remains as it passed to the side of objects, imitating their rule of game.
Entire construction of “Glossary” thus, it is converted into simulakr: the copy, which does not have original.
But not absurdity, not gin’ol’, not farce, but mystery – this performance are able to leave for us!