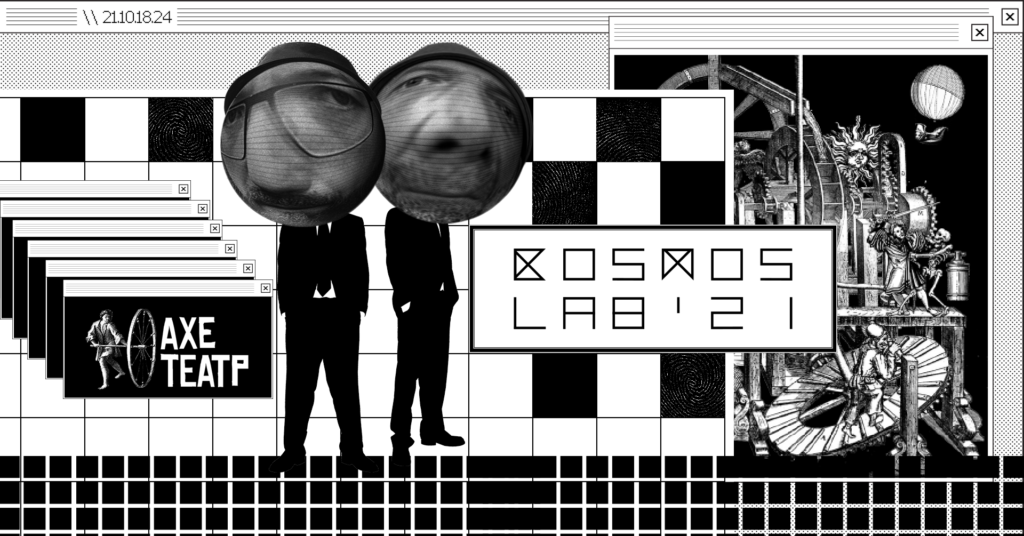 In October 2021, the third experimental visual theater laboratory KOSMOS LAB’21 will start, the focus of which is the grand theaters of the theater, the winners of the Total Theater Award of the Edinburgh Fringe Festival, the engineering theater AKHE (St. Petersburg, Russia). AKHE is one of the world’s most famous visual theater troupes, founded in 1989. The theater is directed by Maksim Isaev and Pavel Semtchenko. They are considered the pioneers of engineering theater, creating a unique visual language. Their performances stand out as a chaotic, non-sterile, stage expression of anarchist discourse based on metaphors and visual solutions. AKHE performances extend the term of visual theater through multimedia, video communication and interactive telecommunication capabilities, mega-sound, lasers and lights; while promoting technology and aesthetic visual impact. The troupe’s work combines the fields of performance, film, theater, art and visual arts. Their work has been recognized at many international festivals.

2021 October 18-25 There will be professional mastery courses, in which we invite Lithuanian theater professionals to participate in joint work with the AKHE engineering theater. The commission of experts will select up to 15 professional theater creators for the workshops by public invitation, and the expected result of the course is a sketch of the performance, which in 2022. will be a performance created on the basis of co-production of KOSMOS THEATRE and AKHE.

The KOSMOS LAB’21 program consists of:

3) October 24. presentation of a sketch to which Lithuanian theater professionals will be invited;